Everyone everywhere is talking on their cellphones, and everyone everywhere has committed some form of bad phone etiquette in their lifetime. The use of cellphones is always on the rise, and more people are finding new ways to use their phone in an unattractive and ignorant way. The following are a few things that cell phone users do that is considered bad phone etiquette. 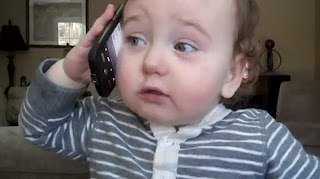 1. Talking too loud.
A cell phone is just a phone. There is no need to raise your voice while on it. The people on the other end can hear you just fine. If you are on the phone in a public place (which is already a big no-no), you need to keep your volume to a minimum. Other people in your area don't want to be distracted by your conversation, and they also don't want to know the intimate details that you're sharing about your life.

There is always one person during one of these occasions that forgets to do this simple task. Not only do you become embarrassed, but you also just peeved a whole bunch of other people. And if you let the phone ring to its entirety in hopes that nobody would know it was you, you just made the situation worse.

3. Using speakerphone in public.
Just like talking to loud on your own, using speakerphone in public places is just as bad. Now, not only can those around you hear what you're saying, but they can also hear what the person on the other end is saying. Now everyone within earshot is getting the full dose of your conversation. Speakerphone is meant to be used while driving the car or in your own home when your hands are full. It is not meant to be used on a crowded bus or walking through town. Put the phone up to your ear.

4. Using your phone at the wrong time.
If you are at a restaurant or in line at the grocery store, get off the phone. Waiters don't want to wait for your conversation to be over before you order, and cashiers don't want to be ignored while you're on the phone. Most places have started to not serve individuals who are on the phone while being serviced. Pay attention to the world around you instead of what's happening on the other end of the phone.

5. Texting while having a face-to-face conversation.
When you are having a real conversation with a real live person, they are more important than any text message that comes through. If you are in the middle of a conversation, don't stop to read or send a text message. You are now oblivious to the other person, and they feel as if what they're talking about is unimportant. Now, you will end up asking them to repeat themselves, and they'll already be annoyed with you.

6. Obsessing over your phone.
Yes, phones today are capable of so many things. They can give you information, allow you to play games and give you the ability to talk to multiple people at the same time. If you have a new phone, your engrossment is expected, but if months go by and you're still nose-deep into your device, it's time to give it a rest. You could be missing out on real-life experiences occurring around you because you are too enamored with the happenings of your phone.

If you don’t want to be rude or hurt someone’s feelings, you need to be sure that you are not making any of these phone etiquette mistakes.
Newer Post Older Post Home