Are Our Technology Obsessions Making Us Sick?

Few can argue the convenience of being able to access your day's schedule with the touch of your smart phone button, or having the freedom to get online from just about anywhere. Despite all the benefits that technology has provided us, some experts are saying this love affair is, for some, turning into an obsession which will have health consequences down the road. 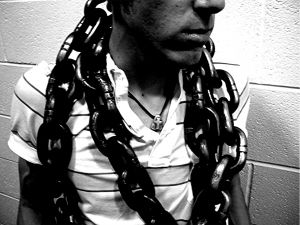 The Threat to Mental Health
Many studies and reports have been written about the effect of particular kinds of technology on mental health. Some experts believe that overuse of technology can actually spawn mental health challenges. Some examples include the possibility that some social networking sites can cultivate narcissism, and that frequent checking of email or other messages using mobile devices could result in the development of an obsessive-compulsive disorder.

In other studies, the role of technology in the development of disorders like ADHD is being researched. And even online medical records don't appear to have dodged the microscope, being blamed for the creation of 'cyberchondriacs'.

The Rewiring of Our Brains
Still other studies show that long-term usage of internet technology has actually caused the human brain to become rewired. Because the answers to virtually any question can be found online with a few clicks, the ability to remember facts is greatly diminished. This mental phenomenon is called the "Google effect".

But for children who attend classrooms where technology is at the forefront, the results seem to be at complete contrast. Children who learn using technology that allows them to interact with each other has resulted in much higher information retention rates, and therefore an increased rate of success on tests.

Motivational Differences
It could be said that the difference between the effect of technology on students vs. that of other technology users is the motivation. Students who attend schools where technology is encouraged do learn more. But then again, they are at school to learn. As such, the technology and software used will be geared toward the facilitation of that learning.

Users of sites like Facebook have a different motivation. In addition to helping people to begin communication, sites like these allow users to self-promote in many ways, including the addition of friends and sharing of photos. May experts have said that social media provides humans with the outlet they need to gain attention from those around them.

The Dark Side of Social Networks
A recent report revealed a direct link between the number of friends one has on Facebook and how this translates on the narcissist scale. The findings showed that those who scored high on the Narcissistic Personality Inventory questionnaire often had large friend lists, tagged themselves frequently and updated their news feeds on regular basis.

Interesting studies like this also point to the purpose of social networking sites like Facebook, and whether or not they are actually providing a platform where the exhibition of narcissism is more the norm than not.

The Smart Phone Obsession
Psychologists recently expressed concerns about what they are calling 'smart phone obsession'; the phenomenon (or disorder, depending on which camp you're from) where interacting with a phone is preferable to interaction with other human beings.

With so many apps available to assist with everything from addiction to music library organization, it's easy to see how one would be loath to lose their phone, or even let it out of their sight. But problematic behaviour where it comes to smart phone usage has been observed by many worried experts.

One example is the tendency of some to go so far as to pretend they are either talking to someone or playing with the apps on their phone in order to avoid interactions in public locations like at parties or in bars.

Stepping Away
Some experts say that 'unplugging' from our devices is the first step to rediscovering human interaction. That, even if the unplugging only occurs on weekends, it can reconnect us with the 'real world' for a time, which may cause us to put less importance on our devices, and therefore become less obsessed with them.
Newer Post Older Post Home