Marconi Union's Weightless: The Most Relaxing Song Ever

A group of sound therapists and a British band, Marconi Union, have created an eight minute long song 'Weightless', which scientists claim is the most relaxing ever in the history of man. Weightless is a beautiful arrangement of harmonies, rhythms and bass lines that is apparently so relaxing that it is advised not to listen to it while driving. The soothing musical tune helps slow the heart rate, calm breathing, reduce blood pressure and also lower the levels of stress.

To test the effectiveness of this song, a study was conducted on 40 women who were connected to sensors and given challenging puzzles to solve in limited time to induce a level of stress.

Scientists then played different songs and recorded their heart rate, blood pressure, breathing and brain activity. Weightless was found to be 11 percent more effective at calming them than any other song even causing drowsiness among many women in the lab. The song resulted in a 65 percent reduction in overall anxiety and calmed them 35 percent more than their normal resting levels. The song was found to be more relaxing than a massage, walk or even a cup of tea.

To listen to Weightless, click the play button above.
Lyz Cooper, founder of the British Academy of Sound Therapy, said that this 'perfect relaxing song' makes use of many music principles that have been shown individually to have a calming effect. The song contains a sustaining rhythm at 60 beats per minute which gradually slows down to 50 beats per minute. As you listen to the song, your brainwaves and heart beat gradually synchronize with the song, a process known as 'entrainment'. Whilst the song slows down, so does your heart beat leading to lower blood pressure. 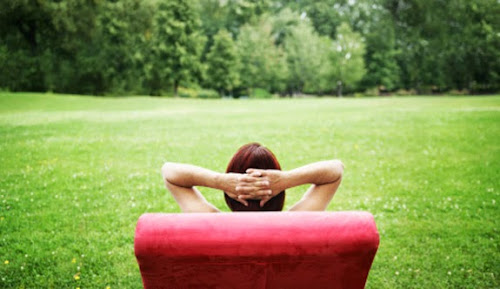 The song has no repeating melody which allows your brain to completely switch off as it is no longer trying to predict what comes next. Random chimes in the song help to induce a deeper sense of relaxation while the final low whooshing sounds and hums that are like Buddhist chants put you in a trance like state.

Dr. David Lewis, a leading stress analyst, said that this song induced the greatest relaxation amongst all the music tested till date.

Music has been used for centuries to help people relax and improve over all well-being. Brain imaging studies reveal that music works at a deep level stimulating not only the parts responsible for processing but also those associated with emotions.

Amazing! Do you by any chance know where I could get it? ;)