The Raspberry Pi is a stripped-down, $35 computer-on-a-board created by the UK-based Raspberry Pi foundation to provide an affordable platform for beginning coders. 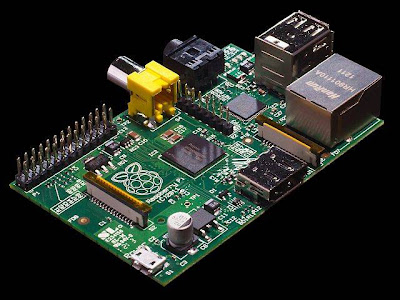 Released in February of this year, the Pi proved so popular that suppliers Premier Farnell and RS Components struggled to meet demand. It’s not hard to see why: with a 700 MHz ARM processor, a VideoCore IV GPU, and 1080p HDMI output, 256 MB RAM, it’s an incredibly cost-effective blank canvas of a computer, both a learning tool and a tinkerer’s toy.

No doubt tinkerers will find loads of innovative ways to use the Pi, but maybe the most obvious is as a media center like the Apple TV or Roku, only cheaper and more customizable. You can load up the Pi with whatever version of Linux you like, but it comes with Fedora Remix, a distribution that already runs the popular media center app XBMC, as well as a custom program that can use AirPlay to stream video from an iPad.

If you want to build your own Raspberry Pi media center, here’s everything you’ll need to get started:

The Raspberry Pi: $35
Both UK-based suppliers are currently restocking, so you’re not going to be able to get one tomorrow -- but you can sign up to receive an email when they’re shipping again. And with the massive demand and growing media attention, it shouldn’t be too long now. There’s an even cheaper Model A Raspberry Pi that lacks an ethernet port and only has one USB port, but for a media center you’ll want the Model B.

Micro USB power supply: $5
If your phone uses a Micro USB charger, then you’re probably already set. You’ll need a 5V adapter that provides at least 700 mA -- though if you plan to use a lot of USB attachments or stream video frequently, you may want 1000 mA. Just look around on your charger to find its specs. If you don’t already have one, you can buy a charger for about $5 on Amazon.

HDMI cable: $2
If you have an HDTV, you’ve probably already got an HDMI cable or two hanging around. If not, it should only put you out a buck or two if you shop around online.

A full-sized SD card: $5
This’ll be the Pi’s hard drive, such as it is. You can technically install Fedora Remix on a 2 GB card, but play it safe and get at least 4 GB -- this’ll free you up to play with different distributions and hold some media.

USB keyboard and mouse: $10
Another ingredient that you may already have lying around. You’ll need these to get everything set up in Fedora -- and to do some web browsing on your finished box.

Ethernet cord (or USB wireless adapter): Varies
You’ve got everything you need to watch media from the Pi already, but if you want to connect it to the Internet or your home network, you’ll need either an ethernet cable (cost varies by length but you can get one for a dollar) or a USB wireless adapter (available for about $6).

With these pieces, you have everything you need to watch content from the Internet, your home media server, or a USB drive. Have you built the media box to end all media boxes? Tell us about it in the comments!
Newer Post Older Post Home