Introducing The Concept Of Web 3.0

Web 2.0 was an outstanding concept and it can be harder to manage another version that upstages it but that is exactly what Web 3.0 is going to do. Ladies and gentlemen, we give you the concept of Web 3.0. Web 2.0 had great impact on users just as it was designed to do. Web 3.0,  however, goes further with its focus on taking data to the user, instead of making him or her simply visit a tired old website. It really is a case of Web 2.0 being history!

Web 2.0 Is The Interactive Web
Web 2.0 is focused on linking web pages within themselves. It is also focused on data sharing among websites and applications and also the use of social networking websites. When we think of Web 2.0, we think of the interactive web.

An Internet Of Intelligent Machines
Web 3.0, on the other hand, embeds intelligence in anything that exists online...not just a website. It makes use of web robots which are engineered to make decisions, should there be an absence of a user interface. Web 3.0 is about a web of data which often interfaces with itself, such as web applications not necessarily designed for users at all; but instead sometimes designed simply to feed data to other web applications being used by people around the internet. It represents all kinds of content that can be easily understood, no matter which computer program is used. This is done via communicating common semantic meanings as data is being shared. 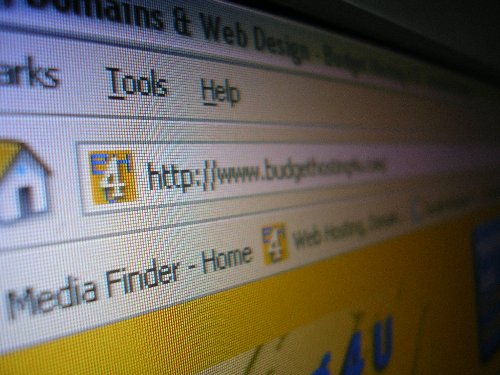 Mobile Platforms
Web 3.0 is able to adapt so that it enhances the experience of the user with mobile gadgets. This is in response to the high and ever rising number of people who browse the net using mobile devices. People are now browsing more on their iPads, tablets and smart phones than on computers. This is why Web 3.0 frees the user from websites, and turns the internet into a repository of useful applications that work on various kinds of platforms.

How Web Designers Need To Adapt
It is now necessary for web design to be adapted to suit these devices. Web designers can create a number of different types of websites ranging from the classic ones for computers and then those that work for mobile gadgets. It is also possible to come up with websites that can be effectively browsed on both computers and mobile devices.

Today, web design is based on catchy images and styles and this needs web 2.0 to work effectively. Web 2.0 makes it possible for a web designer to use any color combinations because the linear gradients are displayed, all the way from the background to other smaller elements that appear on websites. The question then arises of how these designs and elements can work with web 3.0?

We're Talking Evolution, Not Revolution Here
Web 3.0 is being developed and quite fast but web 2.0 will still be used for some time to come. The data use that is being proposed by web 3.0 is still in the early stages of development. It will become an integrated part of the web bit by bit. It will present new technologies that will make it possible for more advanced infrastructures to be used. Web users will be able to enjoy a better browsing experience where they get more precise information and at significantly higher speeds. When it is fully integrated, web 3.0 will be a much more powerful application than web 2.0.

The Importance Of Minimalism
The web design that is currently being used has a minimalistic concept that will also work very well with web 3.0. It is still possible for a web designer to capture and lead the attention of browsers to what they wish the users to see. The same concepts will still apply when web 3.0 is fully integrated. Web designers will concentrate on letting content  be the central point of focus on websites, and they will avoid overusing elements that are distracting to the user experience, such as like ads and banners.
Also, the methods and trends that are being used in web 2.0 will not see much change in terms of their usage. However, there may be significant changes in the way this design is presented. The aspect where change will be seen is in how browsers will use the internet and not in the way they be will view different websites.

The Unfolding Story
For now, Web 3.0 and its potential continues to be an unfolding story.  Its full potential still remains to be harnessed, released and enjoyed. Its supremacy over web 2.0 will emerge once it's been fully integrated.

A Million Tiny Apps On A Million Running On A Million Different Platforms
As more and more mobile devices are introduced, and as the web continues to evolve from large websites toward a myriad of smaller applications on a multitude of different platforms, more and more people will come into contact with your content and your data.

The trend of following the minimalistic designs that these devices can support will therefore grow in tandem. Attractive buttons and gradients will still have a large following and web 3.0 will adhere to design trends that will be launched by web designers. However, the focus will move from form to content...from the medium to the message itself. It is only a matter of time until we will see a complete departure from web 2.0, and we will be able to truly say that: Web 2.0 is history!
Newer Post Older Post Home