Latest trending tweets from Twitter would now not be accessible in Google search results. Google states in its Twitter profile, "We've temporarily disabled google.com/realtime. We're exploring how to incorporate Google+ into this functionality, so stay tuned."

Although Google real-time pulled in updates from Facebook and Friendfeed as well, its content was largely dominated by tweets. Thus, on July 2, when Google's agreement with Twitter to accommodate tweets on its SERP expired, Google started redirecting Google Realtime to its homepage. This was initially thought of as a temporary server issue, however Google later clarified the same. 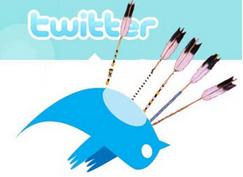 A major share of Twitter traffic is bound to evaporate due to this sudden change without informing users of an impending halt on service and by not providing an alternative medium to getting real-time search updates. Though Twitter provides real-time search via its own search engine @ http://search.twitter.com/ , this has not been used or rather not been popularized among the community.

Trending topics often got into the limelight via Google real time integration from feeds; remember the Twitter guy from Abbottabad who tweeted the Osama incident! There's no doubt that people rely on Twitter completely as an information source; turning to Twitter for confirmation faster than traditional news sources.

Twitter should have planned for continuing the agreement with Google as long as the search engine giant could bring in more traffic. Both companies have never mentioned any monetary benefits being passed between them during the 2 years of their relationship.

Another point worth noting is since Google rolled out their social network Google+, integrating results from Twitter directly into search can be a direct threat to Google+'s hope of dominating the social space. It’s amusing to note how the once known feature of Twitter (140-Character limit microblogging service) is now being seen as a limitation in front of G+ which provides an enhanced medium to incorporate entire posts for followers to see. Google entering the social sphere is far more likely to dominate the market, kicking all existing players.

Of late, Google feels positive that a similar service involving Twitter would come online again; "Twitter has been a valuable partner for nearly two years, and we remain open to exploring other collaborations in the future," a Google spokesman mentioned. Let’s watch how the two giants share the space in the days to come!
Newer Post Older Post Home